Glasses of water were poured out to our guests last week as we welcomed them into our home. Not wanting to be left out, our two year old ran to get her own cup and fill it with water. After taking a small sip, Cupcake took her special, ceramic mug and set it at the very corner edge of the table.

Cupcake and I noticed the room full of people looking at that cup, and then Cupcake watched as my eyes turned toward the table. She quickly blurted, “No, mommy no! Don’t take my cup!!!” I smiled at her strong and sweet insistence that the cup remain in her control. “I’m not going to take your cup away,” I reassured and smilingly knelt down to look in my daughter’s big blue eyes. “No, the cup will stay there as long as you want it to. I would like to ask you a question though.”

“OK Mommy.” The eyes stared at me with curiosity.

“Do you agree this cup is close to the edge of the table?” (I got a positive head nod in response.) “Hmmm, what do you think might happen if someone bumped the table or the cup?”

I saw the wheels in her brain turning as she answered, “The water might spill!”

“The cup could fall down and break!” She replied proudly.

“Yes! I agree! The cup might fall down and break. So, there is a possibility that water could spill, the cup could break, or maybe nothing will happen at all. I know this is your special cup and we don’t have another one like it. Are you OK with taking the risk and leaving that cup by the edge of the table, knowing there is a possibility it may break?

” (Slowly, her head shook back and forth.) “Oh, you aren’t? What do you think you would like to do about it?”

With confidence, my two year old daughter moved her cup from the edge of the table to the center. We continued our visit with our friends without any angst in the mother~daughter relationship. Wisdom was built in my child and her sense of freedom with her cup was never removed. Our relationship stayed in tact as she felt she could be trusted to make a good decision.

Later I told my husband about the interaction and I told him how simple the problems are of a two year old and how much more complex things get when children are older. David then said something very wise. “There wasn’t anything simple about how you dealt with this situation. I would say most of the time I see a situation like you described and the parent would say, ‘Move that cup before it breaks!’ Or the parent would just go over and move it themselves. You took a simple situation and turned it into an opportunity for connection, wisdom, and responsibility. Most two year olds don’t get that kind of foundation.” So, I share “The Day Cupcake Moved Her Cup,” so another family might see the cup of water on the table as an opportunity instead of a hindrance. 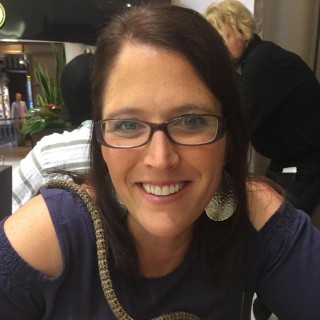 I am strong but sensitive; goofy, but wise; a wife, mom, daughter, sister, friend, musician/singer, blogger/encourager, organizing freak. I'm passionate about keeping my kid's hearts and presenting them mature in Christ.